[Breaking] Rs. 500 Crores compensation notice given to Facebook for deleting posts which were regarding adverse effects of vaccines.

Recently, in a case against YouTube, the German Higher Regional Court has fined YouTube with 1,00,000 euros after it wrongly deleted a user’s video which showed massive pandemic lockdown protests in Switzerland – and then failed to reinstate the video ‘immediately’ after the court ordered it to do so. 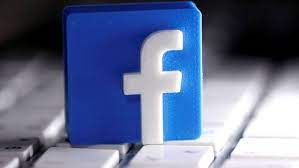 As per India’s constitution and as per specific laws laid down by the Supreme Court and Delhi High Court every Indian is having freedom of speech and expressions. The citizens are also having the fundamental rights to know the correct information. As per article 18 of the Universal Declaration on Bioethics and Human Rights 2005 and the International Covenant Of Civil And Political Rights (ICCPR) the discussion and opinions from all parts of the society need to be welcomed and promoted.

1. Professionalism, honesty, integrity and transparency in decision-making should be promoted, in particular declarations of all conflicts of interest and appropriate sharing of knowledge. Every endeavour should be made to use the best available scientific knowledge and methodology in addressing and periodically reviewing bioethical issues.

2. Persons and professionals concerned and society as a whole should be engaged in dialogue on a regular basis.

3. Opportunities for informed pluralistic public debate, seeking the expression of all relevant opinions, should be promoted.”

Article 19 of the ICCPR Convention reads as follows:

(1) Everyone shall have the right to hold opinions without interference;

(2) Everyone shall have the right to freedom of expression, this right shall include freedom to seek, receive and impart information and ideas of all kinds, regardless of frontiers, either orally, in writing or in print, in the form of art or through any other media of his choice.”

India has ratified the ICCPR. Section 2(d) read with 2(f) of the Protection of Human Rights Act, 1993 clarifies ‘human rights’ to include the rights guaranteed by the ICCPR.

Supreme Court of India had time and now ruled that Freedom of expression is meant the right of all citizens to speak, publish and express their views. The freedom of the press embodies the right of the people to read. Non following the law laid down by the Supreme Court makes the Facebook head Mark Zuckerberg and other office bearers of the Facebook liable for action under the Contempt of Courts Act where the punishment is up to six months imprisonment.

Deleting a post without lawful reasons amounts to defamation as per Indian laws and it is punishable under section 500 501 of IPC punishment is 2 years imprisonment.

The Facebook cannot act like a Judge of a court and decide as to whose information is correct or wrong. The act of running only one narratives in favor of vaccines and compelling citizens to take it also makes the Facebook to face the charges of attempt to commit murder if the side effects of vaccines are suppressed and if the person is compelled to take vaccines by suppressing data and misleading said person and if the said person dies due to side effects of vaccines then Mark Zuckerberg and other office bearers of the Facebook liable for action under sec 302, 115, 52, 120(B), 34 of IPC and they may meet with the death penalty for mass murders and genocide.

Recently in a case against YouTube, the German Higher Regional Court fined.

YouTube with 1,00,000 euros after it wrongly deleted a user’s video which showed massive pandemic lockdown protests in Switzerland – and then failed to reinstate the video ‘immediately’ after the court ordered it to do so

The excerpts from the news article are produced here for your ready references.

“Recently YouTube has been fined 100,000 euros by the German Higher Regional Court at Dresden after it wrongly deleted a user’s video which showed massive pandemic lockdown protests in Switzerland – and then failed to reinstate the video ‘immediately’ after the court ordered it to do so on April 20.

Meanwhile, a so-called independent fact-checker website FactCheck.org was exposed to be funded by the same $1.9 billion vaccine lobby group that it is supposed to check. The site is a Facebook partner whose articles are used to censor critical voices on the social media platform. It is headed by the former CDC director, which is again a conflit of interest.

In a shocking revelation came to light that Google and USAID funded research conducted by Peter Daszak’s EcoHealth Alliance – a controversial group which has openly collaborated with the Wuhan Institute of Virology on “killer” bat coronavirus research – for over a decade.

In a move against this Big Tech censorship of free speech, Poland is planning to make censoring of social media accounts illegal.

“Algorithms or the owners of corporate giants should not decide which views are right and which are not,” said the prime minister of Poland, Mateusz Morawiecki. “There can be no consent to censorship.”

Popular posts from this blog

Corruption of more than 80,000 Crores in bringing circulars of compulsory vaccination and restrictions on entry to local train, malls etc.. 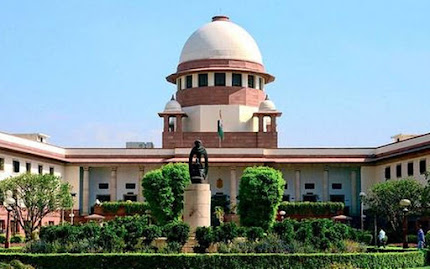 IBA, AIM demands immediate arrest of accused Bureaucrats and Ministers. The safest person today are those who have recovered from Covid 19 and if any relaxation can be given should be given to them first. The Vaccinated people are not in the safe person’s category.   But the vaccine mafia gave bribe in thousand of crores to the ministers and bureaucrats and for issuing circulars, directions and orders    for giving relaxations in train, mall etc   only to vaccinated people. Supreme court had clearly laid down the law that such decisions by any public authority is called as corrupt practice and misuse and fraud on power by the said authority and ministers and it is a criminal offence requiring investigation by CBI. One of the penal provision attracted in such cases is sec 409 of IPC where concerned minister and bureaucrats et al should be sentenced for a term of life imprisonment. [ NOIDA Entrepreneurs Assn. v. NOIDA, (2011) 6 SCC 508, Vijay Shekha Vs. UOI (2004) 4 SCC 666 ] Rece
Read more 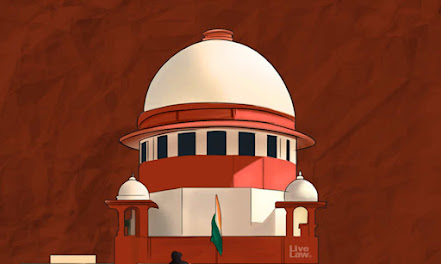 Health Minister is asked to  immediately remove the members from the decision-making board, Task Force, etc. who are associated directly or indirectly with the vaccine and pharma mafia or getting funds from black listed entities such as  PATH, Bill & Milinda Gates Foundation , PHFI etc. As per law laid down by the Supreme Court any person sitting in a Government body who is authorized to take a decision should not have any direct or indirect relations with the beneficiary companies. If any decision was taken by the committee of such members then said decision stands vitiated because of pecuniary bias. The person spotted are Dr. Balram Bhargav, Dr. V. K. Paul, Gagandeep Kang, Dr. Randeep Guleria etc. The notice also asked Shri. Mansukh Madndviya to recall, withdraw, quash & set aside all recommendations, suggestions, rules, mask mandates et. al. given by such disqualified members and  lodge F.I.R. against the accused members who gave wrong and nonsensical recommendations f
Read more 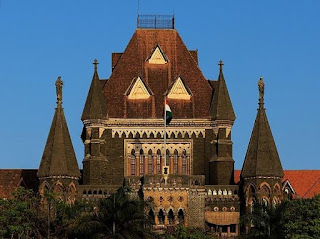 Bombay High Court asks Center to formulate the policies on informed consent for vaccination.  Can’t vaccinate people without their consent. Union of India tells Bombay High Court. Mumbai: -  In a PIL filed by  T.J. Bhanu Vs. State PIL No. 11473 of 2021 ,  the issue was regarding vaccination of a mentally ill person. The Addl. Solicitor General of India Shri. Anil Singh on  13 th  September, 2021  made submissions that since Government can’t force anyone to take vaccine therefore nothing more remains in the petition. Based on the submission by Addl. Solicitor General, Bombay High Court passed the order directing Central & State Government to formulate policies covering such persons who cannot make an informed decision regarding vaccination. That as per law every person is having right to choose between medication. In a recent judgment regarding corona vaccination it is ruled by the High Court that if by force or by misleading or deception if any person is vaccinated then the victim
Read more